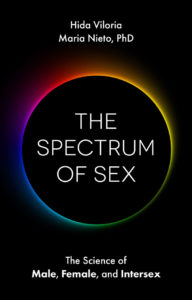 The Spectrum of Sex: The Science of Male, Female, and Intersex

Doctors, nurses, educators, intersex people, our families, and many others have cited a need for more education about inborn intersex variations in order to end social marginalization and recommendations for irreversible infant surgeries aimed at making intersex people typical males or females.‘The Spectrum of Sex’ was written to address this need by creating awareness of the natural diversity of human sex and sex development, as outlined by my co-author, Biology Professor Dr. Maria Nieto, with accompanying illustrations by Alex Law.

In order to better understand how sex relates to gender identity and gender expression, Viloria explores the historic conflation of sex and gender terminology, and the historic, centuries old acknowledgment by many cultures of people that are today known in modern western society as trans, intersex, non-binary and gender non-conforming.

“The spectrum is enormous….This is purely biological,” explained Oprah Winfrey on The Oprah Winfrey Show segment, “Growing Up Intersex” during an interview with Hida Viloria. 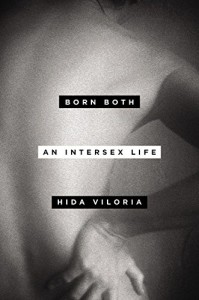 Born Both: An Intersex Life

(Hatchette Books, March, 2017), is a candid, provocative, and eye-opening memoir of life, love, and gender identity as an intact intersex person, as well as a call to action for justice for intersex people.

Praise for Born Both

Hida Viloria was raised as a girl but discovered early on that he/r body was different. Unlike most people who are born intersex in the first world–meaning they have genitals, reproductive organs, hormones, and/or chromosomal patterns that do not fit standard definitions of male or female–Hida had the freedom to explore the person s/he was born to be because he/r parents did not agree to have he/r sex characteristics surgically altered at birth.

It wasn’t until s/he was 26 and encountered the term “intersex” in a San Francisco newspaper that s/he finally had a name for he/r difference. That’s when s/he began to explore what it means to live in the space between genders–to be both and neither. As s/he began to reach out to others like he/r, however, Hida discovered that most intersex people had been scarred, both physically and psychologically, by infant surgeries and hormone treatments meant to “correct” their bodies. Eager to help end this practice, Hida came out as intersex at a national and then international level.

By answering the question “Are you a boy or a girl?” with “I’m both,” Hida’s helped blaze a trail for people–particularly intersex and genderqueer/non-binary people–to celebrate the middle space where male and female are not separate and opposite but entwined. Born Both is an intimate and powerful account of Hida’s search for authentic identity and love in a world that insists on categorizing people into either/or. 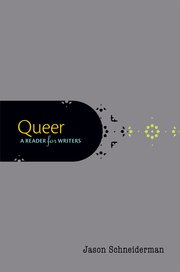 Queer: A Reader for Writers

It includes an interdisciplinary mix of public, academic, and cultural reading selections to provide students with the rhetorical knowledge and analytical strategies required to participate effectively in discussions about queer theory and culture.

Chapters include numerous pedagogical features and are organized thematically around a range of issues and topics that fall under the queer umbrella.

Viloria’s essay, “What’s in a Name: Intersex and Identity” (originally published in The Advocate), is found in Chapter 6. Intersex Lives. 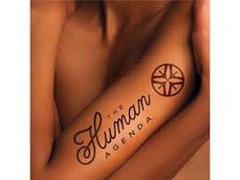 In The Human Agenda: Conversations about Sexual Orientation and Gender Identity

(Trans Uber, 2015), LGBTQI advocate Joe Wenke speaks with some of the community’s leading change agents. In these wide-ranging and probing conversations, amazing people share their personal and professional stories along with their profound commitment to freedom and equality.

Interviews with comedian IAN HARVIE, performer and fashion model CARMEN CARRERA, writer ANDREW SOLOMON, and intersex author and activist HIDA VILORIA.
“Doctors want to make sure we grow up to identify as men or women, and the truth is, even with the surgeries going on, some of us don’t. My body is androgynous. It makes sense that my gender identity might be too.”